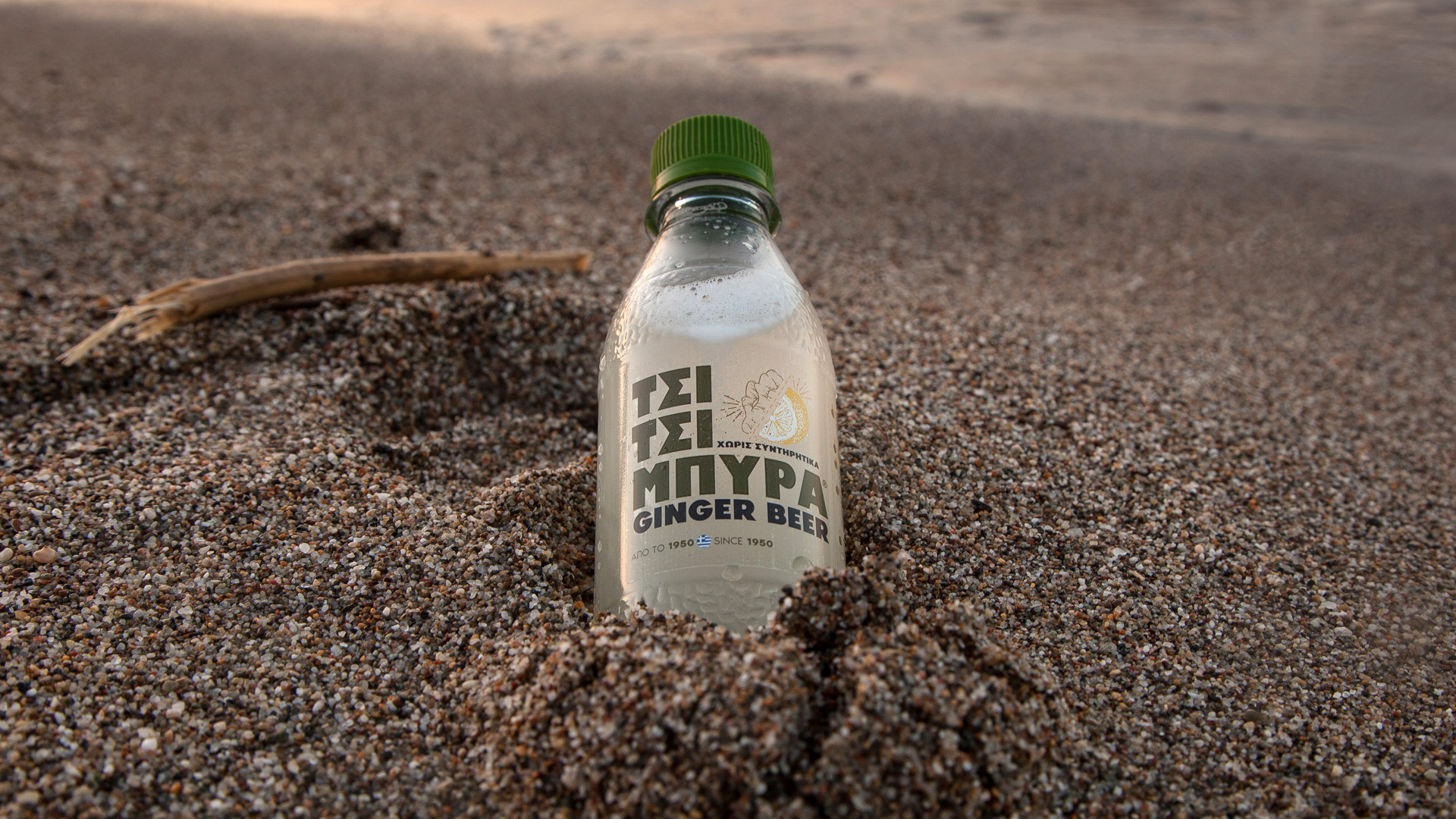 Which is the drink that refreshes and benefits the body at the same time, and comes from Corfu? You guessed it, it’s Ginger beer!

Since 1860, the drink that has refreshed generation upon generation has become a trend and keeps growing.

George Cheimarios, who is at the helm of the (family) business, talks to “Pinakio” about the one and only ginger beer.

George Cheimarios produce ginger beer to this day, offering a hint of euphoria and strong taste to the palates of the people of Corfu and the rest of Greece.

What is ginger beer?

“Ginger beer is a natural product that is classified as a fizzy drink. What makes it special is that it’s carbonated naturally; no additives, just the result of the natural processes of the drink.”

Even though it’s a fizzy drink, it is beneficial; how is this possible?

“It is beneficial despite being a fizzy drink because not only are its ingredients beneficial to the human on their own, but they remain so when combined in the product.”

Could it constitute a refreshing alternative in the summer?

“It could certainly constitute a refreshing alternative for all in the summer, not just because it quenches your thirst in a healthy way but because it can also be used with anything. We suggest that consumers try it in cocktails, with alcoholic drinks, and anything else they have in mind. They won’t be disappointed.”

How can we procure it?

“You can get it directly from us, but we also have partners who serve other areas in Greece. Of course, you can find it everywhere in Corfu.”

You say you don’t use preservatives: then how is it preserved?

“Precisely because it has no preservatives, it has a short shelf life and is only stored in the fridge.”

What are the effects that ginger has on the body?

“It has been scientifically proven that ginger has many benefits for the body, such as nausea relief and better circulation. It also has antipyretic and antiseptic properties.”

Should we take the fact that it has been produced since 1860 as proof of quality and durability?

“The fact that it has been produced since 1860 is proof of the timelessness and quality of the product, as well as of the support the people have offered us throughout the years.”

Lastly, does ginger beer equal summer, or is it fit for every season?

“Ginger beer is fit for every season, just like every other refreshment that can be enjoyed at any time of the year.”

The history of ginger beer

Corfu, summer of 1860. The English rulers of the island are walking down Liston square, the spot frequented by those listed as the local dignitaries. They are walking around the picturesque neighbourhood, discussing the news of the island, and tasting their favourite refreshment containing ginger, ginger beer. The recipe comes from England, yet some locals learn to produce the “royal refreshment”. In 1864, with the British rule over, the English leave the island, but ginger beer remains. The few producers get the license to serve the drink at the local coffeehouses.

Several years later, in 1920, Christopher Cheimarios decides to organise his production, so he establishes a workshop for the production of the first fizzy drink of Corfu. “Back then, we didn’t even have lemon soda. My uncle decided to organise the production, so he made a workshop. Then I continued the family tradition, got the workshop, and in 1975 turned into an enterprise”, George Cheimarios stated in another interview.

Are you interested in adding our products to your business?

Since 1950 we have been quenching your thirst in a
HEALTHY way!